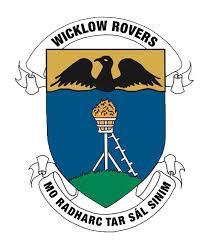 Published: about 1 year ago

Our Leinster Senior side kept their excellent great run going with two wins in the last week which now sees them with a recent record of eight wins on the bounce. On Monday night it was an all County Wicklow clash when they travelled to take on Ardmore Rovers. Having lost 4-1 at home to the same opposition early in the season the lads were more than delighted to return to Whitegates with all three points in a 2-0 victory. Both defences were on top in the first period with Aidan Small going the closest when he forced the Ardmore keeper into a good save. The lads went in front early in the second half when Peter Finnegan fired home a thirty five yard free kick. The Wicklow defence were solid when the home side had a purple patch and when they were breached Rossa Marron was on hand with two excellent saves. The lads weathered the storm and finished the stronger with Aidan Small nabbing the second in the dying seconds to ensure all three points in what was a good all round team performance. On Saturday they recorded another fine win with a 4-0 victory over Hartstown/Huntstown. The lads got off to a flyer when Aidan Small blasted to the net after six minutes to give them the perfect start. Rovers created several chances after that but found the away keeper in great form. Ten minutes before the break the away side struck the woodwork. On the stroke of half-time the lads doubled their lead when Adam Cox made no mistake to give Rovers a 2-0 half-time lead. Six minutes after the restart it was 3-0, David O’Connor surged into the area and just when everyone expected him to shoot he intelligently squared to Adam Cox and he dinked the ball over the diving keeper to kill off the Dublin side. On the hour mark Tommy Smullen produced some neat footwork to leave two players in his wake before setting up Peter Finnegan who was denied by a good save from the keeper. With twenty minutes remaining the lads got their fourth and it was that man Cox again when he beautifully lobbed the keeper from all of thirty five yards to complete his hat-trick. Rovers had further chances with Mick Delaney and Tommy Smullen going close. Rossa Marron in the Rovers goal had a relatively quiet afternoon but in the last minute he had to be on his toes when he was called into action to save well. Rovers dictated the game for large periods with David Rowan rock solid at the centre of the Rovers defence. David O’Connor worked tirelessly with Tommy Smullen impressive in the engine room. It was an excellent all round team performance from the lads but when picking a man of the match you can look no further than hat-trick hero Adam Cox for his three clinically taken goals and his overall link up play. These two wins move the lads up to fifth and with games in hand on all the teams above them the lads will be hoping to make further inroads at the top end of the table.

Our Last Man Standing competition came to a conclusion at the weekend when the eleventh and final round was completed. John Gerard McGettigan and Brian Connolly were the only ones left standing in the honour of becoming our latest tipster champion. John went with Everton and Brian selected Tottenham and after ten perfect rounds of predictions from both players it was on the final round that both players were foiled. John’s selection Everton lost 3-1 at home to Bournemouth while Brian’s choice Tottenham drew 1-1 away to Crystal Palace. What it means is both players become joint Last Man Standing champion and split the prize earning €250 each, congratulations to both players from everyone at Wicklow Rovers AFC. Once again, a massive thanks to everyone who participated in our competition and hopefully you will take part in future competitions.

The club have appointed Boodhan Rampersaud as the club’s Covid-19 Compliance Officer, this appointment is in line with Government and FAI recommendations. The club have also carried out and completed the requested risk assessment on all our grounds and facilities which gives the club the go ahead to slowly resume training for teams. This will be the process and teams must be reminded that all training protocols must be adhered to for the safe continuation of training. The club have recently met with all managers/coaches to go through the protocols to make sure everyone knows what is expected. The aim of the club is to ensure the safety of all our members and their families while enjoying their return to football so please appreciate the extra effort our committee members and managers/coaches are going to so as everyone can get back to some sort of normality. As it stands we are guided by the Government and the FAI and if there’s any changes going forward you will be notified as it happens.